Ben Hartwell is a professional guitar player from the U.K. He has performed for and worked with many of the major players in the music and entertainment industry as a live guitar player in successful duos, bands and as a solo performer.

He started playing guitar aged 7 and performed live for the first time at the age of just 8 years old, playing “Apache” by The Shadows at a school concert, where he discovered his passion for live music and guitar playing. Twenty five years of playing later and he’s now a full time professional touring musician, playing hundreds of shows and events every year to thousands of people.

His self confessed strongest asset is live performance, and this is what the majority of his professional work revolves around. It requires him to cover all styles of playing, from singer/songwriter acoustic work, to all out rocking guitar solos and everything in between. This has lead him to develop a huge range of guitar playing abilities to be able to fit and adapt to whatever musical situation he finds himself in. He has played on huge stages, cruise ships, in tents, in a field, in clubs and bars…even on top of a 5 star hotel roof. Performing well over 200 shows a year, he has gigging experience varying from crowds of a few thousand to rooms with just a handful of management and industry VIP’s, and has clocked the stage time of someone twice his age.

He also has strong studio skills, capable of writing and recording multiple genres of guitar from his professional studio “Everyman Studios”. With a very good ear and the ability to write music which serves the song, he says time spent recording in the studio is “addictively enjoyable”.

His work includes solo, duo and full band gigs, both online and in person session work, as well as teaching guitar when available.

Moving forward, Ben is excited to be on the road performing bigger and bigger shows, working with more and more incredible musicians and living music every day. 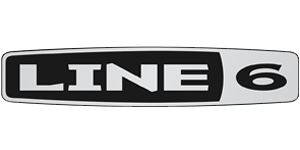